Kyrie’s basketball shoe line started with a contract between Nike and basketball star Kyrie Irving in 2014. Kyrie’s career had already taken off playing with Cleveland Cavaliers 3 years before this deal.

He achieved the Rookie of the year award for 2011-2012 and NBA All-Star Game MVP in 2014. Nike and Kyrie came together to bring performance basketball shoes that go with the artsy sense of Kyrie and include Nike’s best-researched material. If you are anyone who has grown a mad obsession with Kyrie shoes, then you would love

Read on because this article will tell you about Kyrie shoe’s history, performance, evolution over time, and the design reincarnation behind every signature sneaker.

Are Kyrie Shoes Good For Basketball

Yes, Kyrie’s shoes are excellent basketball sneakers. The low-to-the-ground basketball shoes go perfectly with your speed and agility. Kyrie basketball shoes are the best quality shoes that provide value for money. Designed after the playoff style of Kyrie Irving, you will enjoy every moment while playing in them. Nike and Kyrie collaboration has always been giving innovative designs with a stylish finish in Kyrie shoes.

Dream colorways have outsole coming up on the lateral side with spike shapes on the forefoot. This design inception came after Kyrie’s association with Sydney, where he was born.

They named it Dream because it was Kyrie’sKyrie’s dream to play as an NBA star that eventually came true.

In one of his Instagram posts, Kyrie Irving stated that he had no collaboration with Nike in the design and said that Kyrie 8 is trash. Afterward, Nike relaunched it with the name of Kyrie Infinity.

Moreover, Kyrie Irving made antisemitic remarks in one of the movies, which also included holocaust denial. Reports say that Nike has suspended its relationship after antisemitic tropes.

Can You Play Basketball In New Balance?

Kyrie Shoes and Their Performance Review

Let’sLet’s take a look at the Kyrie shoes and their release dates. Also, we will rank the top 3 Kyrie shoes down below.

Kyrie 1 basketball shoes’ first colorway was released in December 2014. The dream colorway was the first of its line. It was released with only a 110$ price tag. The traction pattern and very low profile zoom help in sudden stops and go.

Kyrie 2 shoes were released in 2015 with more vibrant colorways and improved traction. The design inspiration had a relation to Kyrie’sKyrie’s life happening.

Moreover, it had more outsole curvature than the previous release. Traction and heel-to-toe transition were improved. The lightweight kyrie shoe with a bit hard surface is the best for any quick guard.

Kyrie 3 was released in 2016, similar to the previous release, with few differences. The shoes had an aggressive traction pattern and low cushion.

The sneaker had the slogan “Just be yourself” on the tongue. It is the best one that excelled in heel containment and lockdown. The lacing system allowed tying off the laces one loop down to give individual fit.

The shoe sole and design have details about his daughter’sdaughter’s birthday and the name of her mother around the sole.

Kyrie 4 was released in 2017. Unlike all the kyrie shoes to date, Nike improved cushioning in the Kyrie 4. Thus it was the better one in comfort and cushioning.

The shoe has a retro touch, as Kyrie liked old designs like Jordans. It has a very aggressive small zig-zag pattern that helps you in smooth piloting moves and stopping at a dime.

Kyrie 4 low is very similar to Kyrie 4. The traction is a beast, but the cushion has been maintained low to the ground to give maximum court feel. The low-cut shoe had all the things the same as Kyrie 4.

Kyrie Irving preferred the retro style of premium silhouette they used in Kyrie 4. But in Kyrie 5, Nike has used mesh upper material to make it more breathable.

Moreover, the Nike Kyrie 5 has un matching support and stability feature. It has the same snug but comfortable feel. The shoe was released in many colorways and came in the famous TV series FRIENDS collaboration.

Kyrie 6 has continued to make amazing rubber outsoles with aggressive stopping power. The silhouette has a mix of synthetic leather and meshes upper.

They tried to improve the cushioning by including a zoom turbo unit on the top of full-length Phylon. The fit and lockdown are improved with the single strap over the laces.

Kyrie 7 has continued the tradition of adding relevant life stories and his affiliations in different colorways. Nike removed the strap on the top in this release. But it did not affect the fit.

The fit, lockdown, and support remain as good as the multidirectional wavy traction pattern. Kyrie 7 has maintained the low weight but improved cushion with the zoom heel unit.

Last up, we have Kyrie 8, a performance sneaker. These are going to be dope!

Kyrie is known for having great control over his moves. He slows down and then picks up the speed rapidly. Traction is more grippy than most kyrie shoes. The aesthetics of Kyrie Infinity are so far the best among all.

Alongside the kyrie main sneaker line, Nike has released 5 Kyrie Flytrap sneakers. The Nike Kyrie Low line has 5 sneakers out to date. Nike has maintained a lightweight and low-profile sneaker line in the form of Kyrie signature shoes.

Do You Need To Buy Basketball Shoes For Basketball?

What Makes Kyrie Shoes Different From Other Basketball shoes

No matter what, Nike has maintained Kyrie’s best traction over the year in all the signature sneakers. From the multidirectional herringbone traction pattern to racing bike and wavy aggressive traction patterns.

All are reliable and grippy over the court. On the clean court, traction is very consistent. While on the dusty court, it needs a quick wipe after every game.

Kyrie sneakers are low profile. These are very lightweight and have minimal cushioning to follow the speed and agility of a guard like Kyrie himself. Many players love the immense court feel and solid impact protection with subtle responsiveness.

Kyrie basketball shoes are best for shooting guards and point guards. The low-to-the-ground cushioning and minimum shoe weight allow them to move quickly on the basketball court.

On top of all, all kyrie shoes have grippy and solid traction, leaving the defense in shock when you make pivoting moves and dodgy turns.

Fans have loved Nike Kyrie’s signature line since 2014 around the globe. Every colorway in each sneaker tells a little fable about Kyrie Irving’sIrving’s life and the people connected to him.

Its performance is better than most basketball sneakers. Just like KD, or LeBron’s signature line, Kyrie sneakers are the best of Nike so far. 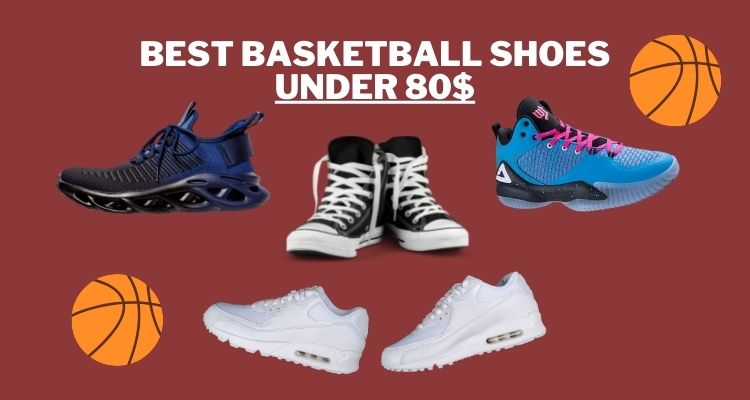 Basketball is a game where players’ performance is highly dependent on the quality of underfoot support and comfort. Let’s face… 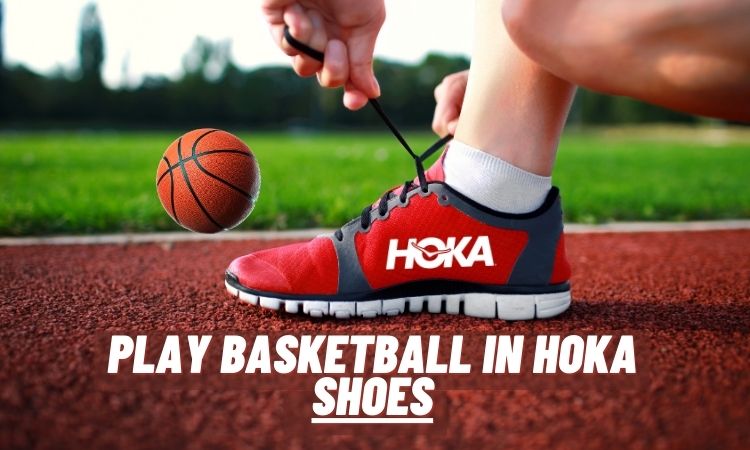 Hoka shoes are known for their cushioned and stable footwear. Established in 2009, Hoka shoes have gained enormous popularity among… 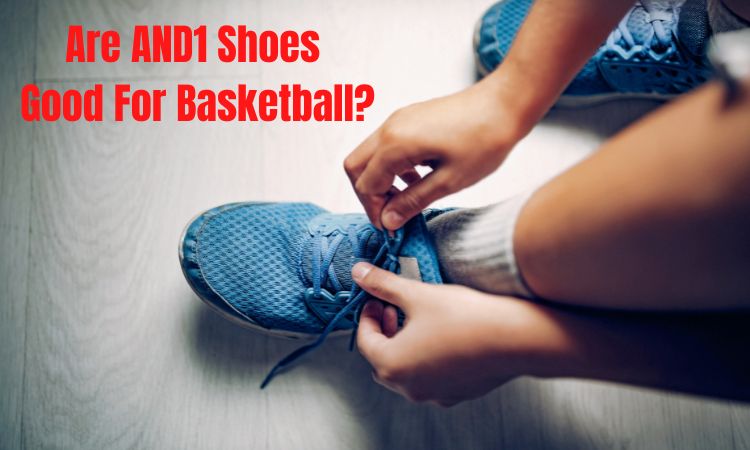 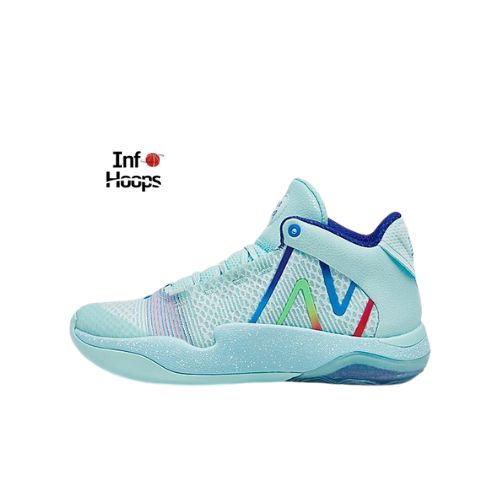 Here is the summary of the New Balance Two Wxy V2 Review. For a detailed review, continue reading! Our Verdict:…

So, you are planning to upgrade your old basketball shoes or even better you are buying your very first pair…