Basketball is a brutally physical sport that requires players to sprint (fast breaks), jump as high as they can (layups/dunks), jump on their toes (rebounding), land on their feet (impacts).

Instead of maximizing snappiness, most basketball shoes are made with these considerations in mind. In this blog you will learn whether do APL shoes make you jump higher?

APL shoes won’t help you jump higher or get more vertical because they’re not made that way. They are made to support the foot and ankle during all of the lateral movements and impacts that occur during a basketball game.

The shoe has been tried by a huge number of people, but the results are simply not there. Some individuals report slight increases. Some people don’t notice any difference at all.

Since there is zero evidence that these shoes even slightly increase your vertical, it is difficult to determine whether these shoes have the potential to make a person jump higher or if it’s just an illusion.

What APL Shoes Do for You

Your feet, ankles, and knees should all be protected by a good basketball shoe. This is what an APL shoe will do for you:

As an athlete, weak ankles are one of the biggest problems faced by basketball players. Without the right shoe, the player will fall for rebounds and come down awkwardly, landing on people’s feet, twisting their ankles, and missing weeks of practice.

While shoes won’t have a significant impact on ankle health, they can add some protection and may mean the difference between a sprain you can recover from and an injury that will end your season.

Although a good pair of APL kicks will also help, the best way to prevent ankle injuries is to strengthen the connective tissue surrounding the ankles, calves, Achilles, and shins.

Also Check: Can You Play Basketball In Nike Cortez

Imagine playing a full game of basketball without any shoes on. And you’re big with 20 boards per game on average. Imagine landing barefoot after jumping up for that many rebounds. How would your joints feel?  Horrid. This is why you need good basketball shoes. The APL shoes provide protection and cushion from impact.

Your landings should be moderately softened by a good pair of basketball shoes. For effective force transfer during both jumping and landing, the shoe must still have some rigidity. In other words, you don’t want to always land on clouds because that will be equally bad for your joints.

APL shoes help spread out the impact of that land and help you maintain the level of rigidity that you require.

Also Check: Can You Play Basketball In New Balance?

On the basketball court, traction is crucially important. Have you ever played on a dirty court before? You are slithering all over the place. When jumping or sprinting, it is impossible to dig your foot into the ground to create force. The APL shoes will help you get that traction and grip that will help you stay on your feet – literally!

The shoes you choose to wear will ultimately have very little effect on your ability to jump high. As really light shoes will only get you a fraction of an inch at most, you should be much more concerned with support, comfort, and traction.

The placebo effect of the APL Shoes

The APL shoes appear to at most have a pleasant placebo effect. Those who assert they were able to jump higher can’t claim that the APL shoe specifically helped them jump higher than just any brand-new pair of sneakers with new tread.

The new Concept 1 shoe from Athletic Propulsion Labs cost $300 and have a “Load n’ Launch” device embedded in the forefoot that functions like a spring.

According to APL, this device automatically increases an athlete’s vertical leap by up to three and a half inches, and in some cases much more. The business cites tests conducted by two scientists with biomechanics Ph. Ds as evidence.

You can cherry-pick a lot of YouTube videos where users claim they were able to jump higher thanks to these shoes, but you can also find at least as many reviews that state the exact opposite.

The conclusion would read, “No statistically significant differences were found between the test and control groups,” if this were a scientific paper.

Are APLs Really Worth Your Money?

If you are buying it to jump like a frog then it’s not worth the money but if you want to buy it for the other features then yes, it is a good buy.

The actual ride of the APL shoe is on par with any shoe currently on the market and unquestionably the best of any brand we’ve tried. It performs as a running shoe should and has a nice appearance and feel to it. If you simply want to purchase an APL but are unsure if you can use it, you most definitely can.

Why Did NBA Ban The APL Shoes for Increasing Jump Height

In the last few years, sales of Athletic Propulsion Labs shoes have skyrocketed, making them a popular choice among recreational basketball players.

The NBA’s 2010 ban on APL, imposed in response to APL’s claims that their shoes INSTANTLY make you jump higher by adding 3–4 inches to your vertical jump, was what really helped the company take off.

Even though there are many doubts about the veracity of this claim, the ban is real, and it has aided APL in projecting a picture of a shoe that can give athletes an unfair advantage right away.

Basketball players’ ankles and feet are primarily protected by the shoes they wear. Certain people may be able to slightly increase their jump height using some of the models that are sold. This is because the soles are constructed with springs or air cushions that could aid in vertical propulsion.

The NBA forbade the Athletic Propulsion Lab Concept 1 shoe from being worn on the hardwood at the start of the 2010 season because it is against the rules for players to use footwear that gives them an unfair competitive advantage. These might make a difference, who knows? yet who knows…

This shoe is a game changer when it comes to sweaty workouts because the sole is significantly thicker than any other shoe style and is combined with the light, breathable upper. APL is the first brand that comes to mind when considering footwear that is both aesthetically pleasing and functional.

Basketball shoes are made to support you while you jump and perform all of your other movements, not to help you jump higher.

The sole of the APL shoe covers a lot of ground because it is constructed similarly to a tank: it is large, heavy, and wide. But to what extent does it affect your vertical jump? That’s the only query that matters in the end. Not much.

We believe that the 8-spring Load ‘N Launch technology used by APL is nothing more than a marketing gimmick, just like the NBA’s ban. 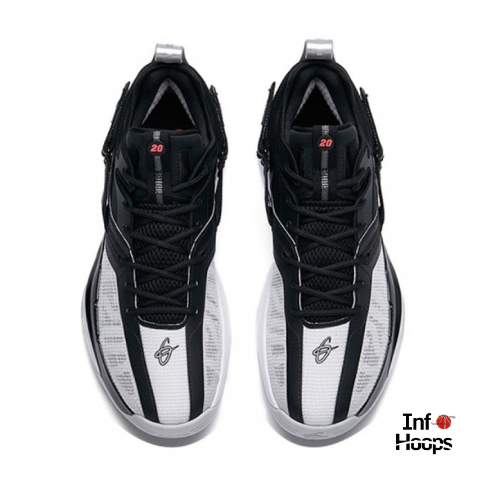 Here is the summary of the Anta GH 3 Review. For a detailed review, continue reading! Our Verdict: Best for… 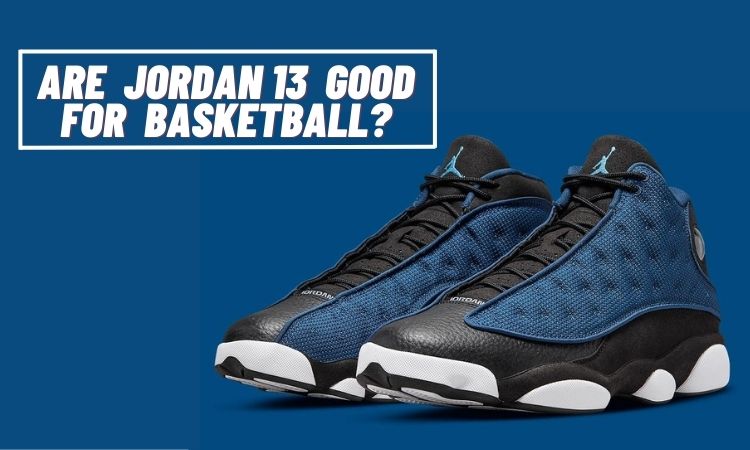 Are Jordan 13 good for basketball? Are you kidding me? These are freakin’freakin’ awesome. Jordan 13 celebrated its 23rd anniversary… 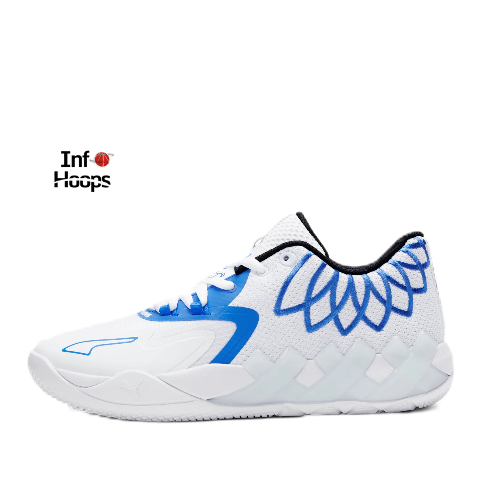 Here is the summary of the Puma MB 01 lo Review Review. For a detailed review, continue reading! Our Verdict:… 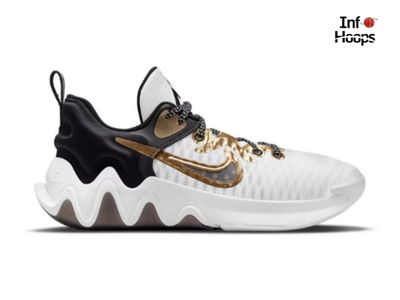 Here is the summary of the Nike Renew Elevate 3 Review. For a detailed review, continue reading! Our Verdict Best… 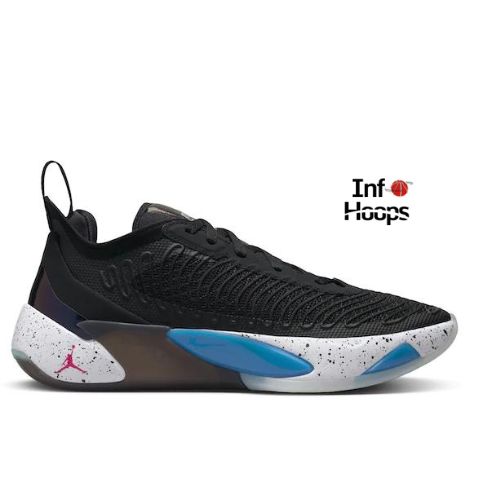 Here is the summary of the Jordan Luka 1 Review. For a detailed review, continue reading! Our Verdict: Best for… 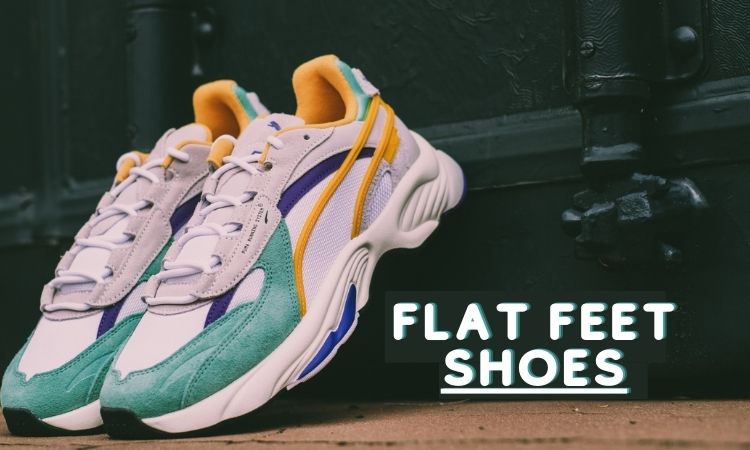 We may earn a commission if you buy through our affiliate links. Flatfeet players need to have such basketball shoes…